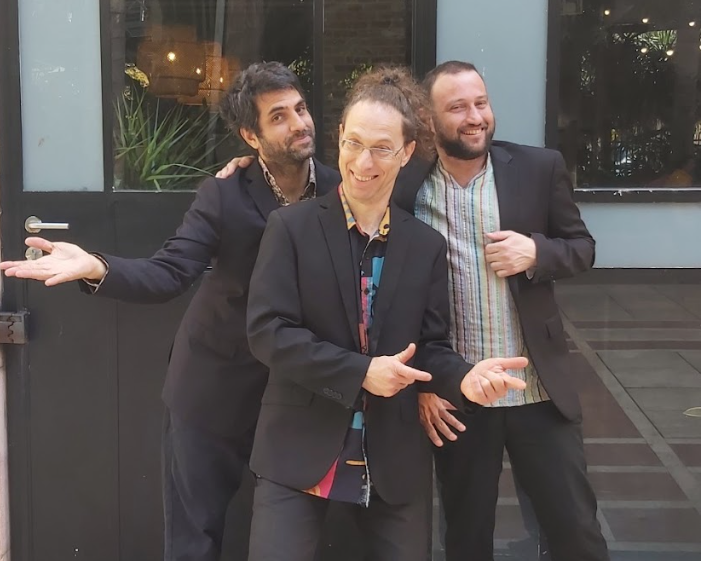 ATEMPO’s music is characterized by a fusion between genres from Mediterranean to Afro-Latin atmosphere. They will be guests this year at

ATEMPO’s music is characterized by a fusion between genres from Mediterranean to Afro-Latin atmosphere. They will be guests this year at the Utrecht Jazz Festival.

A-Tempo Trio was established  during the Covid period by 3 busy musicians who recognized an opportunity to invest their time in music creation.Since then Alon, Itay  and Yoav have been spending their time in the studio to push the boundaries of the genres and create something new & unique.

Atempo’s music combines the influences that each one of its participants brings in: from Mediterranean, Balkan & Arabic through African and Afro-Caribbean elements.

Yoav, who recorded his latest album in Amsterdam with his original materials, proves once again that beyond being a brilliant and musical drummer, he is also a talented composer.

Itay is a pianist who, after performing all over the world mainly as a Latin musician and as an accompanist to the best Israeli artists such as Yasmine Levy, Pablo Rosenberg, David Broza & more, has dedicated himself to jazz music.
Alon, who recorded his latest album with the Alon Stern’s Octet with whom he performed for about 7 years around the country, brings to the trio the glue and groove that characterize the trio’s playing.

Atempo Trio recorded their debut album in Sep 2021 and is working now on the 2nd album. During all this time the trio has not stopped from performing all over Israel and Berlin, in many kinds of venues & events, from clubs to big halls. The trio made collaborations with several artists – singers & instrumentalists as a fascinating musical journey.

In November 2022 Atempo is planned to tour the Netherlands & Belgium for 7 Concerts.