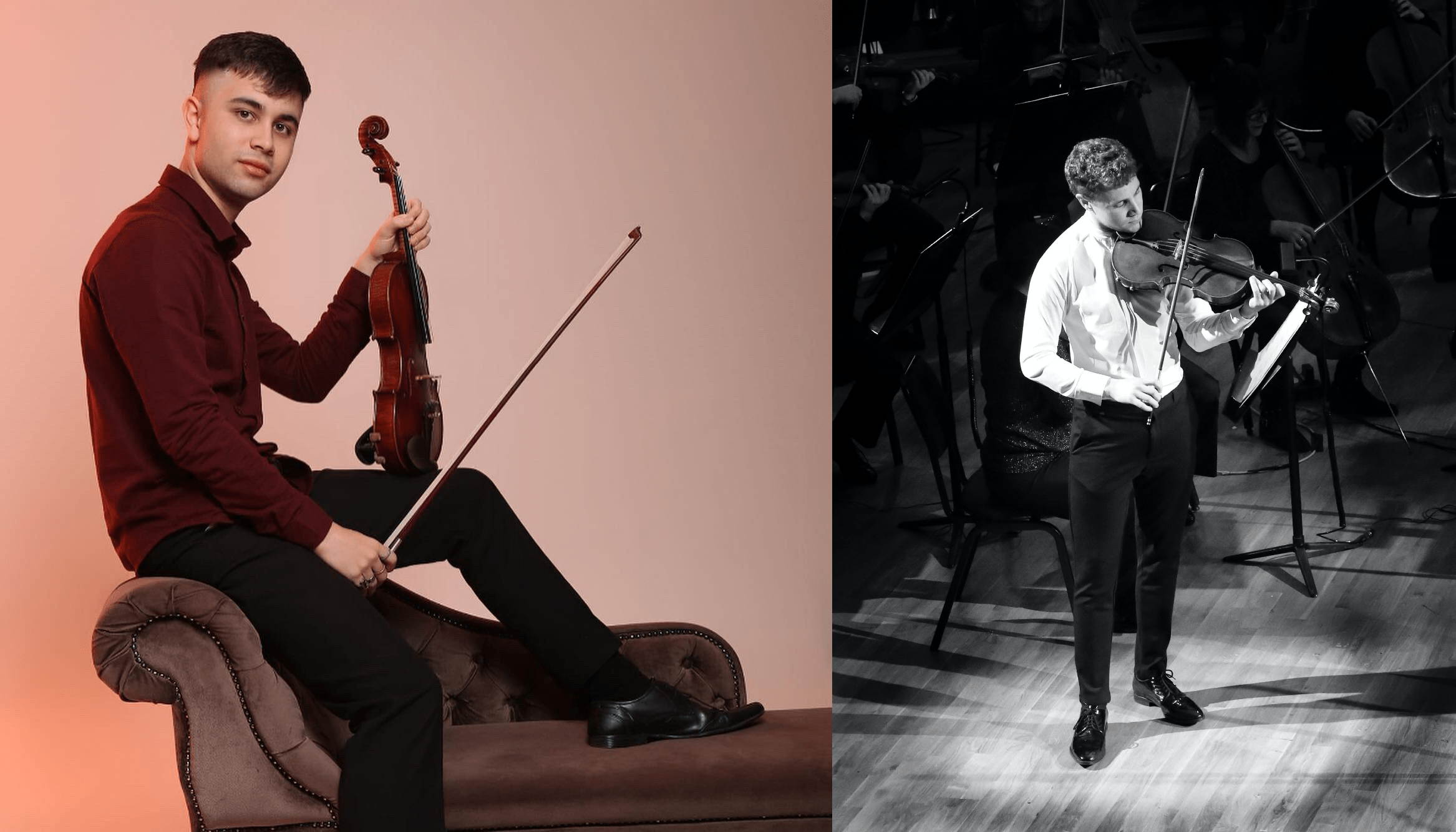 A Selection of songs by Franz Schubert for violin and viola

Neil Dixon is currently studying for his violin bachelor with Peter Brunt at the Conservatory of Amsterdam. His previous teachers have included Leland Chen, Remus Azoitei, Ruth Hahn and Michael Gurevich. Neil has on two separate occasions progressed to the 2nd Round auditions of BBC Young Musician of the Year and as well as participating in Astona.
International Summer Masterclass in 2017 and 2018, where he took part in the classes of Detlef Hahn, Alf Richard Kraggerud and Soon Mi Chung Barrat-Due. He has also taken part in the Young Musicians Summer Academy in Debrecen, Hungary where he took part in the masterclass of Antal Zalai. As a soloist, Neil has performed in The Elgar Room of the Royal Albert Hall (London), Zug (Switzerland), Debrecen (Hungary) and various other performance venues in Greater Manchester, Yorkshire and London. Neil has a wide range of repertoire under his belt including (among others) the concertos of Shostakovich, Tchaikovsky and Mendelssohn, to Bach’s 2nd solo violin sonata and various Paganini caprices.

Dublin born viola player Fiachra de hOra is currently undertaking his Bachelor’s degree with Nobuko Imai and Marjolein Dispa at the Conservatorium van Amsterdam. In June 2017, he was joint winner of Ireland’s National Concert Hall Young Musicians’ Award. He performed a sold-out solo recital in March 2019 in the National Concert Hall in Dublin. He was also the featured young musician at the Westport Festival of Chamber Music later that year with a solo recital which was broadcast by RTE Lyric FM.
He won 3rd prize in the 6th National Dutch Viola Competition, and won the popular vote for his concerto performance with the Conservatorium van Amsterdam Symphony Orchestra. In November 2019, he performed as a soloist with the Ulster Orchestra (Northern Ireland) playing Walton’s viola concerto. In March 2021 he recorded an arrangement of J.S. Bach’s D minor Harpsichord Concerto BWV 1052 alongside Camerata Ireland for a livestream concert.
He was principal viola player of the National Youth Orchestra of Ireland from 2015-2017. In June 2021 he went on a concert tour of Portugal with the Sphere String Quartet. He has taken part in the Clandeboye Festival Young Musicians’ programme for the past three years, and taken part in the Chamber Music Gatherings of the National Concert Hall, Dublin. In August 2021, he performed a number of concerts in the Clandeboye Festival in Northern Ireland.
He plays with a bow by Ivano Conti donated through the inaugural International Master Course held in the National Concert Hall Dublin in August 2019, and plays on a modern Irish viola made by Bertrand Galen (2017). He is supported by Music Network’s Music Capital Scheme, funded by The Department of Culture, Heritage and the Gaeltacht. Music Network is funded by The Arts Council Ireland.