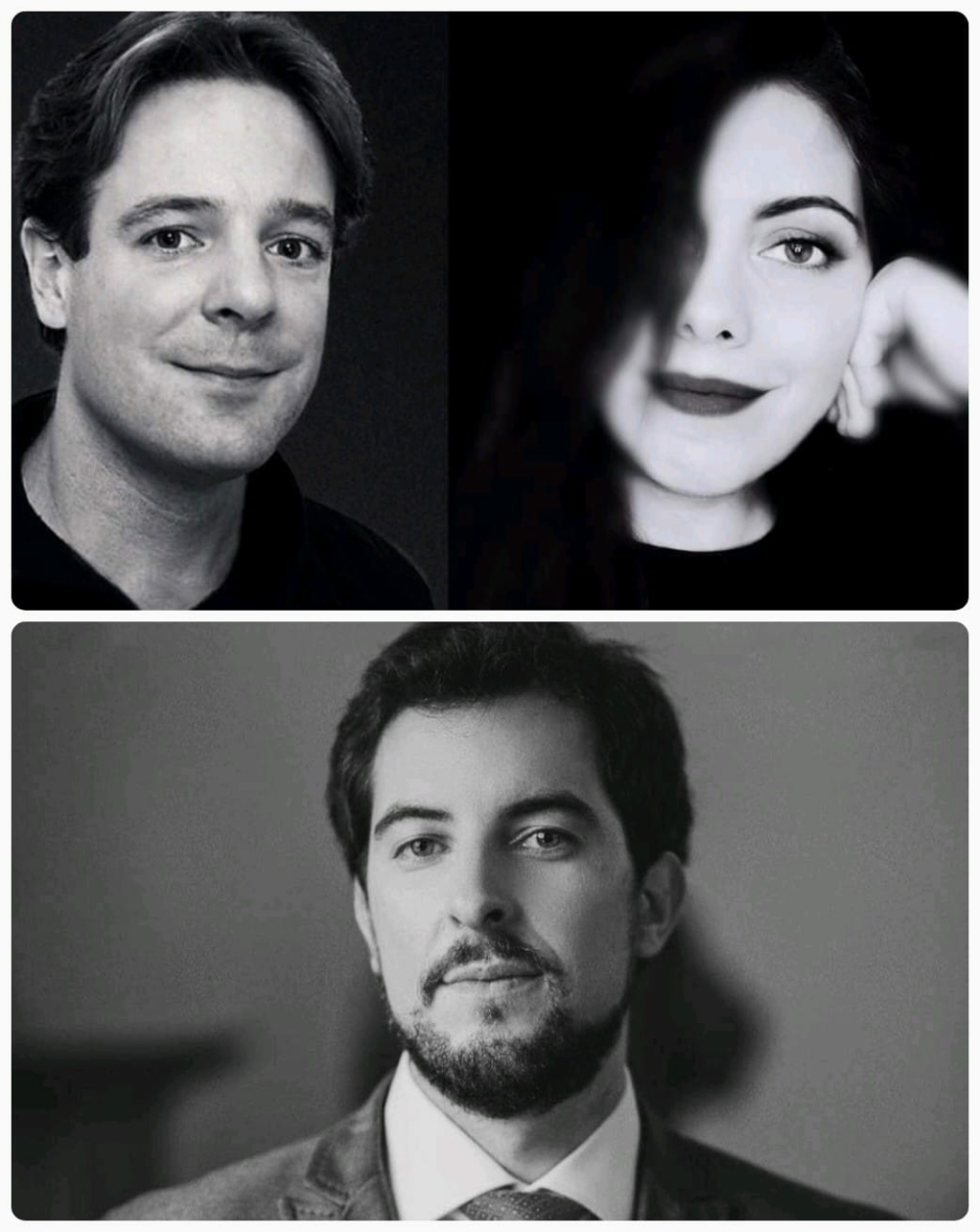 Duo Encanto (‘sing’ and ‘charm’) with Natali Boghossian (coloratura mezzo-soprano) and Hans van Beelen (piano) is giving a special performance with Ilia Laporev, guest principal cello of the Netherlands Philharmonic Orchestra.
Natali and Hans were lucky enough to meet just before the pandemics hit, and they have been performing together since then. Natali is noticeable for her stage presence, warmth, natural dramatic performance and utmost certainty of vocal technique. Her passion for languages shows itself in the fact that she sings in 11 languages on the stage. Hans complements her with his extensive experience in music and genuine musical sensitivity. In a dialogue with each other, they share their emotions with their audience both verbally (expressed by Natali) and musically, touching them with their humour, sensitivity and warmth.
And for this special concert in this intimate environment, cellist Ilia Laporev is joining the synergy of Natali and Hans with the colourful, deep and velvety sound of his instrument. An active name in the international orchestra and chamber music world, Ilia is now the guest principal cello of the Netherlands Philharmonic Orchestra.
These three artists coming from different backgrounds speak the same universal language: the language of emotions. With their artistic and personal friendship, the performance guarantees a cozy evening full of beautiful, intense moments as they will take the audience on a beautiful musical journey with masterpieces by Berlioz, Schubert, Franck, Massenet, Braga and more.
Dutch composer Alphons Diepenbrock’s piece “I’m no longer alone” (Ik ben eenzaamheid niet meer alleen) that has been commissioned to Ardashes Agoshian to be arranged especially for this concert will be world-premiered on the composer’s 160th birthday.
The concert will start in front of the art gallery for one song in De Hallen and then will move to Cafe Belcampo for the rest of the concert!
Come take your drinks and join us in our musical journey!
This concert is supported by NORMA Grants.
Natali Boghossian, coloratura mezzo-soprano
Ilia Laporev, cello
Hans van Beelen, piano